In 2017 the Tramuntana Dolphins project began with the aim of knowing and studying the population of cetaceans of the Creus Canyon and adjacent waters at the time it was intended to make known, at a local level, the natural, cultural and landscape values of the area and the possibilities of integrating them into a territorial development. This first year we worked mainly to achieve the involvement of the nautical-recreational sector, through a citizen science program.

Also we began a joint project with fishermen to assess the status of the dolphin population and the degree of fishing interaction with the trawling fleet in the study area. Meetings were held with the associations of fishermen and surveys of fishermen from the ports of Llançà, Port de la Selva and Rosas; in addition to participatory workshops to transfer to fishermen the importance of their participation in the project.

This year we started our photo-identification campaign of the bottlenose dolphin.

This campaign was financed by Fundació La Caixa and LUSH Spain by its Charity Pot program.

Also, the campaign got funding from LUSH Spain by its Charity Pot funding program.

The second year of the project has focused on working with the fishing sector, involving professional fishermen directly in the conservation of bottlenose dolphins. The idea was to reach a consensus with the sector, or part of the sector, in the implementation of good practices that reduce or minimize a possible impact on cetacean populations in the area. In this way, a sustainable fishery compatible with the viability of other species of protected marine fauna, such as the bottlenose dolphin, will give the fishing sector the option of marketing products that are “friendly” to the environment, as well as an image of the sector of social involvement in the territory. For this reason, the project was structured in two phases, where the first phase was focused on the fishing sector, and the second phase will affect the commercial and tourism sector, to raise awareness and convey to the public and general public the added value of buying a fishing resource in an area where fishermen and fishermen collaborate with scientists for the conservation of the marine environment.

Also, during this year, we continued our campaign of photo-identification of the bottlenose dolphin.

This campaign was an operation co-financed by the European Maritime and Fisheries Fund and the Government of Catalonia. Management team: GALP Costa Brava

Also, the campaign got funding from LUSH Spain. 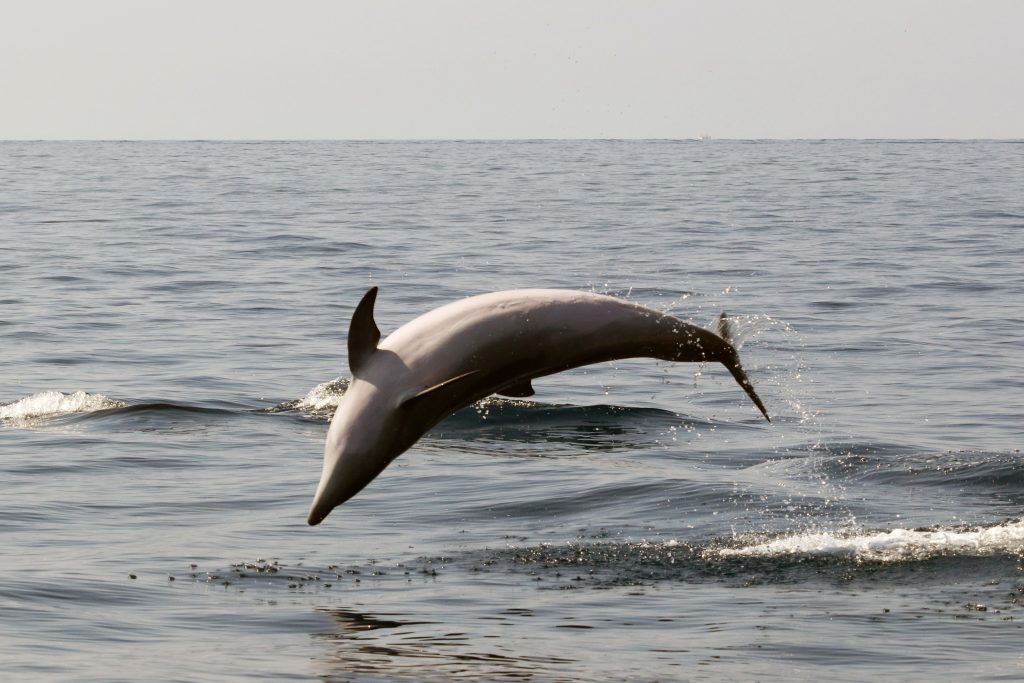 The Tramuntana Dolphins project follows its campaign this year by focusing on collaborative work with fishermen and fishmongers to promote sustainable fishing in the area.

The good response of collaborative work with the fishing sector allows this year to follow the campaign and include direct work actions with the fishmongers and shops in the area. Especially the objective focuses on the creation of joint participation spaces with the fishing sector, the local and regional administration and the consumer sector (fishmongers, fish producers, etc.) to find common alternatives that enhance the revaluation of the fishery product.

Results of the project

The DELTRA project: “Tramuntana dolphins: involving the fishing sector in the conservation of the bottlenose dolphin. Towards a development of the territory in the area RN2K Creus Canyon – TRAMUNTANA DOLFIN PROJECT has sought to promote the conservation and improvement of the marine ecosystems of the area of the “Creus Canyon and Western Submarine Canyon System of the Gulf of Lion”, in collaboration with the fishing sector (and through the dissemination, awareness and participation), with the aim of conserving the bottlenose dolphin population, improving the fishing activity of the area while promoting territorial development and the revaluation of the fishing resource of a an area with unique natural, cultural and landscape values, in an area that is mainly part of an Area of the Natura 2000 Network.

During the execution of the project, alliances have been established with the two associations with the largest trawling fleet in the area: Roses and Llançà, and collaboration agreements have been signed that imply the will to conserve the marine ecosystem on the part of the sector.

In addition, work has been done to create spaces for governance and participation through meetings at the beginning and end of the project, with different actors in the area (fishermen, administration, fishmongers) in which a list of good practices has been agreed upon, which fishermen have already implemented.

From the collaboration with the fishing sector, it has also been possible to determine that the fishing interaction is one of the factors to be considered in the area, since the dolphin population coexists and seems to have gotten used to feeding in the nets of trawlers (50% bottlenose dolphin sightings). In this sense, the involvement of the sector in its conservation is essential.

In addition, a total of 121 warnings of sightings of cetaceans made by fishermen have been obtained, of which more than 60 sightings were dolphins following the trawl nets. The species most sighted by fishermen was the bottlenose dolphin (56% of the total warnings), and in 78% of these sightings the dolphins were following their net, showing and confirming a high interaction.

On the other hand, for the first time the fishmongers of the area have also joined, which have welcomed the project very well. In total, 14 fishmongers have joined the initiative and have obtained their distinctive, assuming their part of co-responsibility in promoting the fishing resource of the Creus Canyon area:

For this, collaboration agreements have been signed and informative brochures (I) have been distributed with recipes of species of the area, low commercial value or less known, that are fished in the area. The collaborating fishmongers put a sticker on the door of the establishment (II).

Finally, in the scientific campaign of the project, a specific study of the interaction of the bottlenose dolphin has been carried out, in collaboration with fishermen (who provide sighting data, notify the scientific vessel and provide catch sheets). Thus, it has been possible to identify the Cap de Creus area as an area of great importance for the population of bottlenose dolphins in Catalonia, with a stable and probably resident population and a preliminary abundance estimate of 154 (SE = 34.58, CV = 0.25, 95% CI 94-238) animals (of the individuals identified so far: 87.62% were observed once, 8.57% 2 times, 1.90% 3 times and 1.90% 4 times); and a breeding area for the species.

On the other hand, fishing interaction data have been obtained, which is established for the bottlenose dolphin in 50% of the sightings, while in the striped dolphin it is 74%, measuring the behavior on the surface of the dolphins during the encounters with trawlers. Although more data would be needed to establish a standardized pattern of behavior, some trends have been established to facilitate the implementation of good practices among the sector. One of the actions that continue to this project is to incorporate cameras into the trawl nets to see behavior under water, consent that has come out of this project and the meetings with fishermen who have not made any inconvenience and are willing to participate.

The presence of a stable population of bottlenose dolphins in the Creus Canyon area and adjacent areas highlights the ecological importance of this area, as well as the need to develop proper management so that human activities, both professional and recreational, carried out in the area do not generate a negative impact on the species. In this sense, the existing interaction between professional fishing and the bottlenose dolphin population in the area, as well as the involvement of the fishing sector in the conservation of the marine environment, show a great advance in the collaboration between scientists and fishermen, necessary and basic both for research and conservation of the marine environment, as well as for the sustainable development of a territory with a fishing tradition. On the other hand, the presence of a figure of protection of the area such as the Cabo de Creus Natural Park facilitates the awareness of citizens of the importance of the natural and cultural heritage of the area, in order to promote responsible consumption and local products, promoting traditional activities and small businesses, through the conservation of marine biodiversity, is an excellent strategy to follow in the short and long term.

This year’s campaign is carried out with the collaboration of the  Fundación Biodiversidad, the Spanish Ministry for Ecological Transition, through the Pleamar Program, co-financed by the European Maritime Fisheries Fund.